This episode of the podcast is short but potent.

The original article and comments can be seen here: Pay to Play and the Link to Promotion Relegation

The copy is also here for you to read if you’d like. 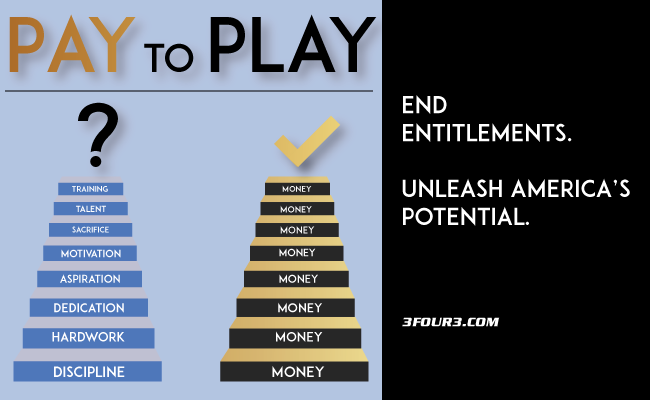 First, let’s get something straight.

Not to mention services and infrastructure are not free, and so must have a business model supporting the expenses.

Now that we have that out of the way, let’s properly contextualize.

Pay to play is an identified problem because it filters out talent from reaching the higher levels of the game.

Read that again, it’s THE HIGHER LEVELS, that is the context. If we were winning world cups and our first division was home to Champion’s League caliber clubs, hardly a soul would be talking about pay to play being an issue.

So it’s not the elimination of club fees for the average player that we’re talking about.

It’s first and foremost the potential pro talent that needs a frictionless path.

But much like everything in the world, soccer services are not a charity, nor should they be. There are bills to be paid.

So how do the bills get paid and how do service providers (clubs, coaches, etc …) get compensated if players don’t pay to play?

In the rest of the world:

With these things in mind, currently, only MLS franchises have a decent incentive to form youth academies that are free. And they have.

A plus for the country? Of course.

So please don’t ever cite MLS academies as remotely solving the pay to play problem. It’s a blip.

But what if there were 40 teams? Nope.

So how can this get scaled to properly cover the country?

Promotion and Relegation in our professional soccer

If we had an open pyramid like the rest of the world, where clubs can merit their way up and down the soccer hierarchy, that shifts the incentives and alters the ‘pay-to-play’ club soccer business model.

That bursts open the 3 revenue generating incentives outlined above for thousands of existing youth clubs, and all of our lower division pro and semi-pro clubs.

What pro/rel can do is give existing youth clubs an incentive to form their own 1st teams, and aspire to something beyond their perpetual caste as ’youth club’. If even a small fraction of the thousands of clubs in our country did this, that significantly expands the ‘free-to-play’ incentive footprint in our country.

Similarly, what pro/rel can do is give existing lower division clubs (e.g. in NASL, USL, NPSL) the incentive to form their own ‘free-to-play’, or heavily subsidized, youth academies.

With the closed market system (a caste system) we currently have, only one company, MLS, LLC can benefit from its 20 franchises offering free-to-play teams.

So let’s see, that’s 20 franchises x 3 academy teams per franchise (U14, 16, 18) x say 20 players per roster …
= 1200 players that our nation can consistently count on as not having to pay to play. (Number of Development Academy teams and roster sizes are different since time of original publishing)