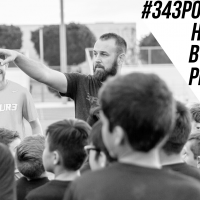 Episode 268: Why You Should Expand Your Soccer Vocabulary and Get Rid of These Limiting Words and Phrases.John Pranjic
Download Audio Subscribe

The language used throughout American soccer is weak, and ugly.

Depending on your particular vocabulary, it can expand or limit your judgement of the sport as a whole.

Today, we’re going to discuss the need to expand our vocabulary here in the United States and what some of the benefits and consequences of language are.

When you sit at a cafe in Argentina or Spain, the types of footballing conversations that take place are lively, but also nuanced. As I’ve said before, if you get in a taxi cab in a foreign country, the driver is likely capable of providing you with a more authentic, and deep, soccer education than what you’d receive at a coaching course in the United States.

Now, that’s not to say we don’t have that type of hardcore soccer culture here in the United States that talks about the game in that way. We absolutely do. But the voices dominating the conversation are largely those who don’t come from that type of soccer-first culture with that sort of soccer sophistication.

In America, even our most prominent soccer journalists and media members still haven’t graduated beyond the same recycled talking points like pace and physicality. And I don’t think it’s a stretch to say that the language of the media ultimately becomes the language of the general fanbase.

Furthermore, the language used throughout American soccer, youth to professional, is still heavily influenced from past generations of English football culture, while other cultures have historically been excluded, and even discriminated against. The natural byproduct of that discrimination is those cultures having little to know influence on our vocabulary.

So, the question remains: Why do we have a particular vocabulary over another?

And a bigger question looms: Could our current soccer language be holding us back?

One thing that continues to impress me about Brian Kleiban, is the way that he talks about the game – to his players, to his colleagues, to himself.

I was reminded of this during the launch of his YouTube mini-series in April 2020 in which he broke down the entire US U20 player pool.

Player by player, position by position, Brian provided deep insight into why he believed certain players should be on the roster, and why others shouldn’t even be able to sniff the field.

He compared our U20’s to top-level examples like Kevin De Bruyne and James Rodriguez. He said, bluntly, that other players just didn’t have anything to offer other than their physical attributes. But it was his enthusiasm, and the language he used, that really popped in my opinion.

Having grown up in an Argentinian household, it’s no surprise to me that this is just standard operating procedure for Brian, and many other immigrants residing in this country. I myself was shaped on the ideals of the Croatian National Team that finished 3rd in the 1998 World Cup, with Davor Suker winning the Golden Boot that tournament.

One thing that has stuck out to me about immigrant culture is the passion with which they’ll discuss the game. It’s just different.

A habit that I grew to look forward to was calling my dad after a game and absolutely ripping the Croatian National Team to shreds, whether they won or lost. I remember games when they won by four or five goals and it was still shit in our opinions.

That type of passionate discourse just doesn’t seem to exist, at scale, in American soccer circles. For the most part, it’s casual. And we’ve discussed why in other episodes.

Another thing that didn’t surprise me about Brian’s YouTube series is that quite a few people seemed to pick up and enjoy on how he was describing the players and comparing them to top-level pros.

Well, first off, it’s so much different than what most American soccer fans are used to when players are discussed. Comparing players, or pattern matching is something that is rarely done in American soccer. Especially not in American soccer media. If the standard was to compare our next generations to today’s global superstars, we probably wouldn’t hear much about the Paxton’s and Weston’s. Because who would they be compared to?

By using examples of top-level players, Brian helped to paint clear visuals for what the players potential could be, or, in some cases, what their pitfalls are.

For example, he said, “Efra Alvarez strokes the ball like James Rodriguez.”

There are two things in that statement.

This is where we can begin talking about some of the actual words and phrases and what changing your vocabulary could potentially do for you.

How often are you talking about the way a player “strokes” the ball?

How many different types of “strokes” does the best American player have?

Can you identify them?

Do you know what each different stroke is used for?

Is there one “stroke” in particular that the player hits better than the rest of his peers? Aka, is he “world-class” in any particular stroke?

In 2018, Sports Illustrated’s Brian Straus was taken aback by the different vocabulary being used at the World Cup in Russia. Specifically, the use of the “protagonist”.

Here’s what he had to say:

“When he took over after the 1998 World Cup, Argentina finally had a clear-cut identity — aggressive attacking soccer. It didn’t matter the opponent or venue, Argentina would be the protagonist dictating play for 90-plus minutes. Italy in Rome? No problem! Spain in Madrid? No Problem! Brazil in the Maracana, no problem! He changed the culture and mindset of that group and made them all believe they could win playing this way anywhere on planet earth.”

As a prominent member of the American soccer media, how is it that Brian Straus had not been exposed to this word, or this idea of being a protagonist, before 2018?

Well, he, like so many others, are familiar with a more restrictive language – things like pace and box-to-box. These words don’t frame conversations properly. These words and phrases lack clarity and depth.

So, how do we graduate to another level?

We have to expand and change our vocabulary.

What a new vocabulary can do is place your headspace and the headspace of the people you interact within a different headspace. A headspace that has more precision and allows for more possibilities.

For example, if the word protagonist were to become commonplace in our vernacular it would enable us to start viewing and interpreting the game differently. Instead of looking at possession percentages and completed passes, we might start talking about who was the protagonist of the match?

Not just which team, but also which individual players?

What player received the ball and demonstrated that he was in control?

Who took the initiative? (Another keyword.)

The word protagonist reminds me of boxing and which fighter decides to take the center of the ring.

When I spoke with Gary Kleiban about this, he said, “That’s all we’ve ever done with our teams. And that’s all we’re asking for from our National Teams. Have ring control. Be the protagonist. Take the initiative.”

He went on to say, “We should demonstrate that in each game, outside of maybe the top 15 teams in the world. But even within the top 15, we should still attempt to be the protagonist.”

To make another boxing reference, it’s not unheard of to punch above your weight. It must be intentional, though. Not the bunker and counter style that provides for lucky opportunities.

The biggest example in world football is Marcelo Bielsa’s teams. Whether we’re talking about how he totally transformed Chile from a minnow into a contender. Or his recent project at Leeds United where he has demonstrated that his type of football can be played in England, even in the lower divisions.

Most notably is his Athletic Bilbao side that completely dismantled Manchester United in the Europa League. They came in as an underdog, punched above their weight, and were the ones that dictated what happened – with and without the ball.

Defensively they pressed in a way that prevented Manchester United players from breathing whenever they were near the ball. They suffocated them. And individually, each and every player was nasty. It looked like they were ready to run through a brick wall for their coach.

Offensively the team was efficient and exciting. Sometimes going from one side of the field to the other in just a matter of seconds. They hit United square in the jaw, over and over again. And just when they thought it was time to rest – nope – here they come again like a swarm of bees.

That Athletic Bilbao team was the definition of protagonists.

Do you see how just one word opened up a whole new line of thinking and discussion, though?

There are so many more examples I could give.

When the player strikes a ball, does he look elegant? Or does it look laborious?

When the player dribbles, does the ball look like a natural extension of his body? Or is he tripping over his own feet?

When the player receives the ball out of the air, does it look effortless? Or does his first touch bounce off of his foot and land two yards away from him?

These simple words and phrases can change the way we think about soccer in this country, and have a ripple effect impacting the actual product on the field.

Here are some other words and phrases I’ve found interesting over the years:

I could go on and on.

So many people, from fans to coaches to executives, fail to see these intricacies and the beauty that lies within the game. Their conversations default to what they can easily see, which are primarily the physical aspects.

People using this type of language are also constrained to thinking about the game in these types of ways, the media in particular.

These physical attributes and accolades are regurgitated by media members – just look at their postmortem’s. Their language then becomes the baseline for their audience. And the wheel goes round.

All of this to say, the language we use in American soccer is massively important.

And it’s time for us to graduate to a new, and better vocabulary.