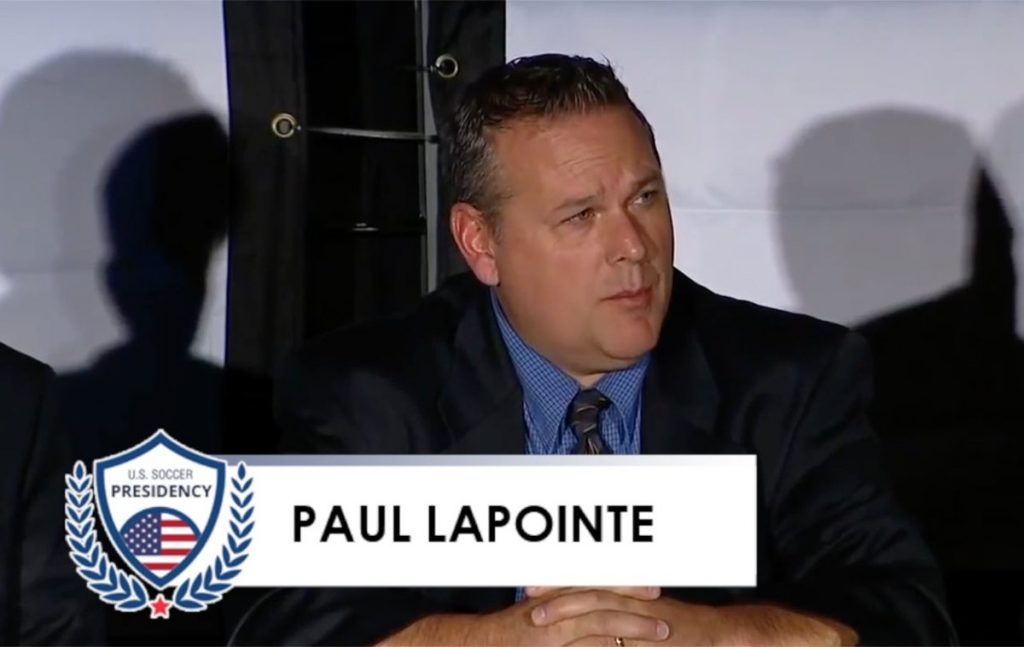 The whole process of running for president of U.S. Soccer is draped with questions, suspicions, and controversy. There are no clear answers to even the simplest of questions.

Or, how does someone get nominated?

These two basic questions should have incredibly simple answers. But they don’t.

Paul Lapointe and I spent an hour discussing some of these key issues. He talked about what he’s learned during this whole campaign process. And he reassured me that he has no need to follow the rulebook or toe the line because he has absolutely nothing to lose. 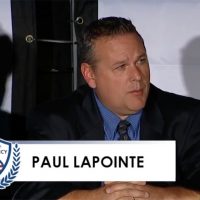 The idea of transparency, or lack thereof, came up more than once. And for good reason. Paul and other candidates have been given the runaround by U.S.S.F. in more ways than one.

Take the nomination process for example. Paul submitted his official paperwork to become a candidate and was left waiting for approval, unable to secure official nominations, while others had already hit the campaign trail.

Or how about the rule change midway through the game? It seems like the standard practice in American soccer to create rules or change them so they benefit (or block) certain people from achieving positions of power. And that’s exactly what happened during this nomination process. Paul and I talked about that and how it has affected his campaign and potential to be an official candidate on the final ballot.

Even with the deck stacked him, you’ll hear Paul crack jokes and you can almost hear his smile coming through the speakers. His heart is in the right place.

It’s a blessing to have guys like Paul, someone who is an outsider and whose livelihood doesn’t depend on sucking up to those currently in charge of American soccer. He’s able to come on a podcast like this and just speak his mind.

Do I agree with all of his ideas? No. Does he agree with all of mine? No. And that’s the beauty of this whole thing. Guys like Paul and Eric and some others are willing to welcome other opinions into the conversation. They understand that transparency and diversity are necessary ingredients if we really want anything to actually change in this country.

Meanwhile, other candidates have a long and proven track record of denying people a seat at the table.

So, while Paul and I might have different ideas, we also find common ground on some of the most fundamental aspects of soccer, sports, and humanity in general. We both support inclusion over exclusion, and yes, that promotion and relegation. We both agreed that transparency is necessary for progress. And we both want to see our country succeed in soccer in local communities and on the global stage – from top to bottom, men’s and women’s, boys and girls.

I hope you enjoy this episode of the #343podcast with Paul Lapointe.

The 3four3  podcast is brought to you by the 3four3 coaching programs. The free 7-week coaching course gives you the foundation to the possession-based methodology that 3four3 is known for. And when you’re ready, you can also sign up for the premium course that takes a deeper dive into the process using videos of real coaches, players, and teams, exclusive audio, ebooks, and more.

Sign up and find out when it’s time to order a 3four3 shirt.