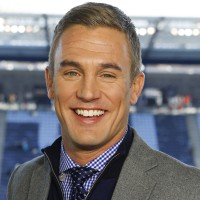 Taylor Twellman Opens up About His MLS Contracts, American Soccer Media, and His Life as an Athlete.John Pranjic
Download Audio Subscribe

Before I record with any guest I try to do some sort of pre-interview. At the very least, I try to communicate with them about what is on or off limits. In this case, Taylor Twellman and I were messaging on Twitter for several days trying to set up a time to record.

The night before we were supposed to talk I sent him a message telling him I could send over a list of my standard questions if he wanted me to. He said, “No need.”

It could have backfired. In fact, it has before. I’ve been mid-interview with multiple guests and they ask me, “Can you edit that out?” And that sucks because 1) I suck at editing and 2) now the conversation is censored.

That didn’t happen with Taylor, though. We ended up having sixty minutes of quality conversation. In fact, I think I surprised him by not leading with questions about pro/rel or h0w we’re supposed to fix American soccer. Instead, I opted for dissecting his playing career. And for a good reason.

I got the sense that Taylor had a chip on his shoulder from a very young age. Call me crazy, but I’ve always thought that having a chip on your shoulder is the best motivation in order to accomplish something.

So, I dug deep to find out what created that chip.

Taylor told me that he was labeled one of the MLS’ focal points by the league owners. Later on, he found out he was earning three-quarters of a million dollars less than his counterpart… Landon Donovan. That didn’t sit well with him.

He told me a story about not being able to break into the first-team of a German club simply because he was young and American. That didn’t sit well either.

And then there was this one…

Nineteen-year-old Taylor Twellman, a baseball/soccer phenom, took home the Bronze Boot at the U20 World Cup and Major League Soccer refused to offer him more than $24,000 a season.

Taylor followed a much different path than most professional soccer players around the globe. But you could argue he had a pretty normal experience for an American athlete, though.

He played multiple sports. He went the college route. And he isn’t shy about addressing any of that.

In fact, during our 60-minute conversation I never once got the impression that he would change anything about his past. Every time he was told no… he turned it into fuel.

Taylor is now part of the broadcast team at ESPN. He’s made a name for himself by being critical of players and managers. Towards the end of our conversation, he actually says this is one area our country can make massive improvements in.

He thinks our media is soft.

Taylor making time to come on this show to have an authentic and real conversation that’s not about transfer rumors or game recaps is a sign that he’s down to spice things up a bit. And it was my pleasure to steal an hour of his day.

And look for a follow-up episode where Taylor and I will swap some concussion stories… or what we can remember. I suffered three in quick succession in high school and sat out the better part of a year. It sucked. Taylor suffered a career ending injury. He’s now doing great work to bring awareness and change the social attitude towards brain injuries. Taylor is a great resource for help and awareness if you’re in need. (You’ll hear him offer me help.) Check the links below for more info.

Taylor Twellman Opens up About His MLS Contracts, American Soccer Media, and His Life as an Athlete.John Pranjic
Download Audio Subscribe