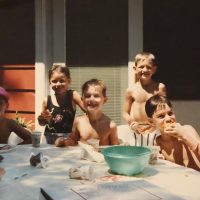 Tiffany Weimer (@tiffanyweimer on Twitter) is a professional soccer player with experience in South America, Europe, and here in the United States.

In addition to being a pro, Tiffany is also an entrepreneur. She founded the company Duktig Brand. They make a super useful planner for coaches to help them plan, prepare, and perform. According to Tiffany, a product for players is also in the works.

Here are some of Tiffany’s career highlights that I pulled directly from her website:

Tiffany’s writing is actually something I was very interested in.

She recently wrote a short blog post about her experiences playing with the boys while she was growing up. It’s a topic that we discussed during the interview, but the way she wrote about it was so vivid and insightful. So, I asked her if I could record myself reading her blog post as the intro to this episode. Well, I actually asked if I could record her reading it, but we settled on me reading it. And that is what you’re about to hear.

Before we get to that, a quick reminder that the 3four3 coaching education program is actually what helps to support and fund this podcast.

If you’re already a 3four3 premium member, you’re already enjoying all of the benefits of the program including the videos, ebooks, Q&A’s, and member forums that are available to you. If you’re not a 3four3 member and you’re wondering what we’re all about – we have a perfect opportunity for you to see exactly what we have to offer and how we can help you become a better coach.

Our free powerful coaching framework course provides an introduction to the 3four3 methodology with seven short and simple lessons focusing on our core exercises. All of the lessons are delivered conveniently to your inbox on a weekly basis, with each lesson building off of the last.

If you finish the free course and find yourself wanting more – great! The premium course will take you on a deeper dive into the 3four3 curriculum using real training and game footage to show you exactly how Brian Kleiban developed some of the best players in the country.

From Blacktop To The Pros: How Playing With The Boys Changed My Life

Written by Tiffany Weimer and originally posted on www.tiffanyweimer.com

As I crutched through the muddy grounds at a youth soccer field to see my 7-year-old cousin play, I realized that my arm strength was likely not at professional athlete status. Nonetheless, I made it to the furthest field at the complex, plopped down on a cooler and made it in time for kickoff.

I squinted to figure out where my little cousin Mikey was on the field. He is one of the smaller ones out there, but I spot him easily wearing his green Nikes and his rec glasses. The play was better than expected. One player dribbled through the crowd several times to set himself up for a breakaway. Mikey always tried to pass the ball when he got it. He doesn’t like when other players don’t pass or trip him when he dribbles.

After a few minutes two girls came onto the pitch from the sideline, pony tails and all. They both jumped right into the mix, taking the ball away from the boys, dribbling up the middle of the field and passing to their teammates. The boys went in just as hard on tackles as they did with everyone else. Nothing changed.

After the game I asked Mikey if those girls always trained with his team and he said, “no,” and that was the end of the conversation.

Watching those girls play with the boys triggered a hell of a lot of stuff for me. Good trigger. There are good triggers.

I sat in my bed that night with my notepad on my lap. I sit in my bed a lot with my notepad lately. Non-weight bearing after surgery. An image kept popping into my head of my elementary school blacktop. There was nothing special about the appearance. A big black square that was likely supposed to be a parking lot. Maybe it was a parking lot when the other parking lot filled. But to us it was the field. It was our kickball field.

Elementary school recess was usually split into two groups: boys and girls. The boys would play kickball and the girls would… actually I have no idea what the girls did during recess. From the first time I can remember recess, I remember playing kickball with the boys. I grew up with the best boys. Why? Because they let me play with them. 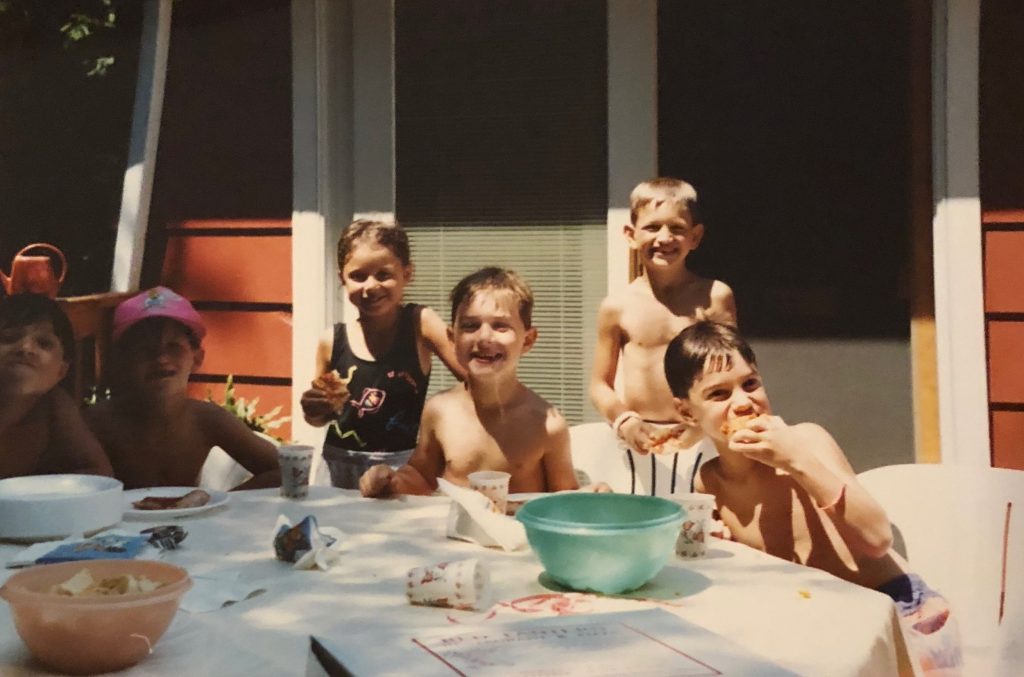 We played kickball and basketball and ran races and did everything that could be categorized as athletic. We had great teachers in elementary school who seemed to enjoy recess as much as we did.

Recess progressed from kickball to soccer at some point. I can picture our teachers carrying two big, bright orange traffic cones and a typical black and white paneled soccer ball to the blacktop. Not all the boys played organized soccer, but during recess they all played. We all played.

I wish the details were clearer. These were prior to the days of journaling for me. The important part was the way I remember feeling, like I was one of the boys. I remember feeling like I belonged. This would continue through middle school and through high school when I would play town soccer with the North Haven boy’s teams (in addition to the girl’s teams) and then train with premiere teams of South Central Premiere. I learned early that boy’s coaches were much harder on them than girl’s coaches were and I loved it.

But there was something about playing with the boys that was different. It wasn’t that they were bigger and faster and stronger. I wanted to be around them more because they loved the game more. This isn’t really a general statement either. They knew all the famous players and the new tricks and they were juggling before practice and wanted to stay at training longer and wanted to play pickup on their own time. They watched soccer on TV and went to games when they were close by. It was a different life. That’s not to say that the girls I played with growing up didn’t love the game and put everything they had into it… it was just different.

I felt like I fit in with the boys (even if I really didn’t at all – I was still a girl after all and they never forgot that). Growing up in the game with the opportunity to play with boys at every level of my life – from elementary school recess to town soccer to training with premiere teams to pick up with the Penn State men to training with every boy’s club team in the state of CT as a pro – I cannot imagine my development as a player without them. I was comfortable being uncomfortable with them.

I realize now that times are different in youth soccer. Girls don’t always have the same opportunities that I had to play with the boys. Back then, there weren’t many girls who wanted to train with boys, so it was easier.

If there is one piece of advice that I can give young girls who want to get to the highest level though, it’s to try to find boys to play with. Their game is different, their approach is sometimes different and we can learn from them.

It’s my hope that the girls have the confidence to ask – “Can I play?” and the boys have the sense to say, “yeah, sure,” because the lasting effects for both are all positive and something that is much needed in this world today.

This is less an advice column and more of a thank you though. Thank you to all the guys out there (they are all men now) who were so incredibly kind to me when we were younger. Don’t get me wrong, they gave me plenty of shit all the time, but they let me play with them and though it was likely a small gesture on their part, it ended up changing my life forever.