In episodes one and two, we talked mostly about philosophy and having some sort of a vision or an idea of how you want your team to play.

This episode, we’re going to talk about a specific activity. An activity that looks simple, but is loaded with technical and tactical value. It’s something we like to call our “bread and butter.”

But around the world, it’s known as a rondo. 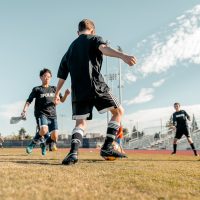 The first set of training exercises we introduce in Phase One of the 3four3 coaching program is a series of rondos.

They are a staple in our training program. And if you were to take a quick glance at some of the top clubs and academies around the world, you would see that rondos are a staple in theirs as well.

What’s so special about a rondo?

Johan Cruyff said, “Everything that goes on in a match, except shooting, you can do in a rondo. The competitive aspect, fighting to make space, what to do when in possession and what to do when you haven’t got the ball, how to play ‘one touch’ soccer, how to counteract the tight marking and how to win the ball back.”

Well, there are different levels.

In its most basic form, you could say it resembles a keep away game, with a player or two in the middle and others on the outside trying to retain possession. 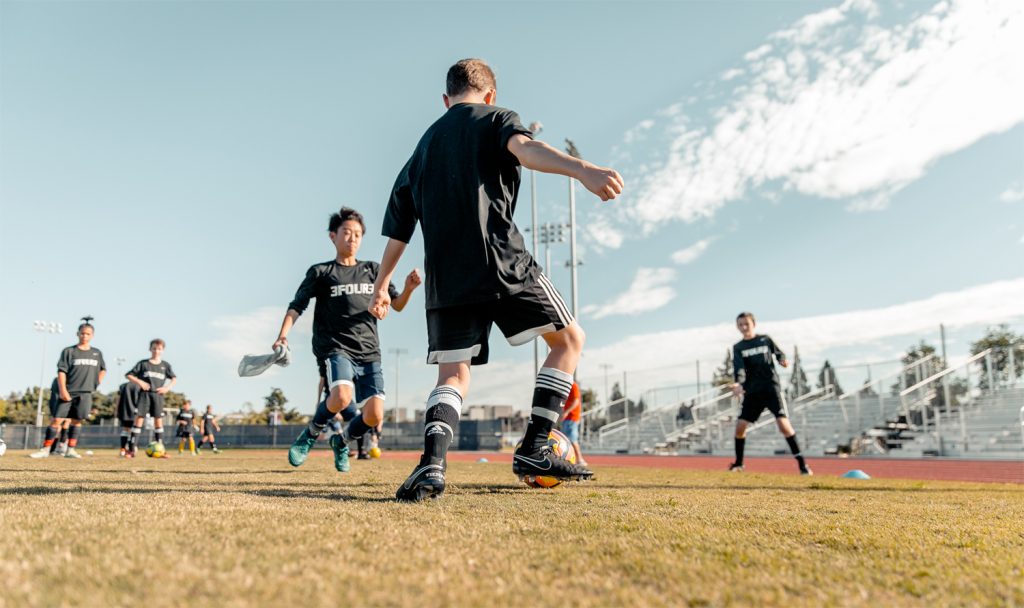 In more complex forms, it can become positional and/or situational, meaning the movements and actions directly translate to specific scenarios in games.

As a little kid, I remember playing video games and wanting to skip directly to fighting the boss without doing the little tedious things throughout the level. But if I used a cheat code and skipped ahead, more often than not, I’d lose.

I noticed a similar trend when I first started to use rondos in my training sessions. I wanted to skip to ones that had all sorts of moving parts and had different colored cones with a bunch of players in a super small grid.

More often than not, it was a mess.

And it wasn’t my players’ fault. It was my fault. I was asking them to skip to advanced level training exercises without allowing them nearly enough time to understand and train the basics.

So, we went backward.

And not only did we go backward, but we continued to train the basics, over and over again, to make sure we were always sharp.

Like Gary and Brian have said, their current group of U17/19’s (born 2000/2001), which they started coaching at U10, continue to open every single training session with a 4v1 rondo. That’s years and years worth of using one of the most basic rondos to sharpen the technical and tactical skills of players that are considered top in the country.

As Gary said to close out in a lesson from the free 7-week course, “This isn’t a crazy notion, Barcelona players do fundamental rondos every single training session from when they are U8 up to, and including, the first team you watch on TV.”

And yes, that’s true. Take a look at Barcelona’s official YouTube channel. As a young coach, I used to watch it religiously, hoping they would show something different, but for years, the majority of the videos they post are of one specific rondo.

So, to tie in what we talked about in episodes one and two, you need to have some sort of a vision of how you want your teams to play and you need to develop a limited number of training exercises that will bring that vision to life.

If you want your team to play possession-based soccer, a simple rondo can be one of the most powerful tools at your disposal. They’re easy enough to teach 10-year-olds who are just learning the game, and they’re hard enough to still sharpen the skills of pros like Messi and Iniesta.

That’s why we call rondo’s the “bread and butter.”